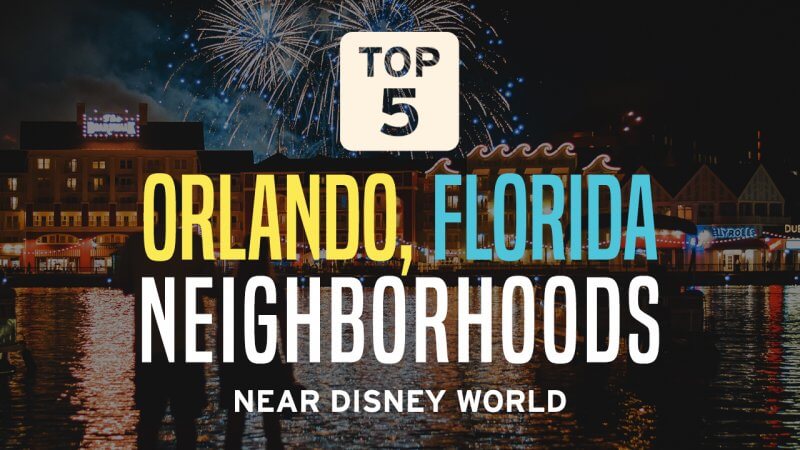 If Orlando’s known, for one thing, it’s Magic Kingdom. Whether you’re looking to work in Disney World or simply visit often, there are plenty of great neighborhoods in the vicinity. Before you plan your move to the Happiest Place on Earth, take a survey of these top neighborhoods from Cheap Movers Orlando, and find the one that’s right for you and your family.

Celebration is like living a taste of Disney without having to ever step inside the gates. This small community is home to roughly 8,000 people, giving it a small town feel despite its location right in the heart of Orlando. First founded in 1994, Celebration was masterminded by Disney as a planned community capturing the charm and joy of its other brands. With its reputation for safety and its walkability, it’s one of the best options available both to individuals and families. Shops, restaurants, and live entertainment are all readily accessible right on the main drag.

First established as a community for northerners to get away from the dead of winter in their second home, Winter Park has developed into one of the most dignified and prestigious neighborhoods in the shadow of Disney World. It gives off a stately vibe, and the community is practically brimming with expansive estates and small, locally owned boutiques. The farmer’s market is of particular interest, and the community, in general, has become a refuge for elderly retirees looking for access to Disney without having to sacrifice their privacy in the process.

Situated roughly forty minutes from Disney World, Windemere is a little farther out from some of the other neighborhood. However, it combines accessibility with a serene and lovely small-town atmosphere. In a city where tourist attractions are the norm, Windemere offers a refreshing respite from tour buses and gawking visitors. It’s blissfully free of big-city distractions, and one-story ranch homes reign supreme in this tiny but growing community.

Originally designed as a medical city housing those who work at hospitals in the area, Lake Nona has since expanded into a sprawling mass of subdivisions and neighborhoods suiting a diverse and expansive community. This planned community covers 17 sprawling miles, and it’s notable for its high density of green space and parks. It’s also ahead of the curve as far as technological advances are concerned. It boasts internet speeds 200 times faster than the average for the country, and it’s making rapid moves towards becoming an ecologically sustainable community.

Like Celebration, Golden Oak is a planned community dreamed up by the people at Disney, but this one skews a bit more towards the luxurious. Residents of Golden Oak live close enough to watch the nightly fireworks at Disney, but they also get access to a whole host of amenities that mean they never have to leave the gates to have a good time. The community clubhouse offers both a pool and golf course along with 24/7 amenities. As an added bonus, all residents receive an annual pass to Walt Disney World.